KATHERINE LOWRY LOGAN just released her first book a couple of months ago. And I've wanted to have her visit my blog ever since. I love time travels. I love anything Celtic, too.  And the RUBY BROOCH has the special magic of a Celtic Brooch and it drew me right in. I'd love to have one just like it. 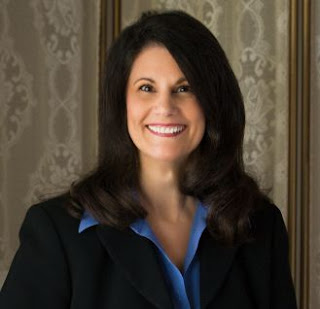 Question: Describe your hero and tell us a little about him.

Answer: Cullen Montgomery is more of a Renaissance Man than a typical alpha male. He’s a lawyer, quotes Shakespeare and hums Bach. He is caring, loving, and worries about others. He is intolerant of liars, and unfortunately the heroine is tied up in a bundle of them. This causes a great deal of conflict for him because he wants to take care of her but knows she is lying to him.

Here’s a physical description as seen from the heroine’s POV:

The chair dropped to the heart-of-pine floor with a heavy thud. The man unfolded his long, lean body and stood. She guessed him to be about six-one, one eighty. She was good at sizing up people whether they were standing or lying on a gurney. Ropey veins in his forearms pulsed beneath red-flannel shirtsleeves rolled to his elbows. The loose shirt did little to disguise the broad expanse of his chest. He tossed the newspaper to the pedestal desk and turned toward her, glaring with vibrant blue eyes curtained by thick lashes. A rough layer of dark morning whiskers covered his square-jawed face.

Question: Describe your heroine and tell us a little about her.

Answer: Kit MacKlenna is a paramedic and expert equestrian. When the reader meets her, she is the lone survivor of a crash that killed her parents and a good friend.  She is the sole heir of multi-million dollar, world renowned Thoroughbred breeding operation in Lexington, KY. She is a risk-taker, more comfortable with her shirttail hanging out and muddy boots than in dress up clothes and strappy heels. To Kit, family and belonging are the most important things in the world. She grew up on a farm that had been in the MacKlenna family for over two hundred years. Her world further collapses when she discovers she’s not who she thought she was. To regain her equilibrium, she risks more than she can afford to lose.

Question: How did you come up with the title?

Answer: I was looking for something unique and portable that could be used as a method of time travel. I have a ruby bracelet that was the inspiration for the brooch. Once I decided to use the brooch idea, the title was born.

Question: If you’re writing a series, have you kept the same characters throughout? And what through line or theme have you used to tie it together?

Answer:  The next two books in the trilogy are THE EMERALD BROOCH and THE SAPPHIRE BROOCH. The heroes in both of these stories play a major role in THE RUBY BROOCH.

The gems in the brooches are inscribed in Gaelic: Chan ann le tìm no àite a bhios sinn a' tomhais an gaol ach 's ann le neart anama.”  The translation is:  “Love is not measured by time or space. Love is measured by the power of the soul.” Once the soul is empowered through a very difficult journey, there is no limit to the capacity of the hero/heroines’ ability to love.

And the day came when the risk to remain tight in a bud
was more painful than the risk it took to blossom.

~Anaïs Nin
Can a 21st century paramedic find her heart's desire on the other side of time?

From the white-plank fenced pastures of Lexington, Kentucky, to the beautiful Bay of San Francisco, The Ruby Brooch, a saga steeped in family tradition and mystery, follows a young woman's journey as she searches for the truth on the other side of the heather-scented mist.

As the lone survivor of a car crash that killed her parents, paramedic Kit MacKlenna makes a startling discovery that further alters her life. A faded letter and a well-worn journal reveal that she was abandoned as a baby and the only clues to her identity are a blood-splattered shawl, a locket that bears a portrait of a nineteenth-century man, and a Celtic brooch with mystical powers.

After studying the journal, she decides to continue her father's twenty-year search for her identity and solve her birth parents' murders. For safety reasons, she adopts the persona of the Widow MacKlenna. Although a perfect cover for her eccentric behavior, she will be forced to lie and MacKlennas don't lie, or so she thought. Finally, dressed and packed, she utters the incantation inscribed on the ancient stone and is swept back to Independence, Missouri, in the year 1852.

Upon arriving in the past, she meets Cullen Montgomery, an egotistical Scotsman with a penchant for seducing widows. The San Francisco-bound lawyer happens to resemble the ghost who has haunted Kit since childhood. She quickly finds the Bach-humming, Shakespeare-quoting man to be over-bearing and his intolerance for liars threatens her quest.

If she can survive his accusations and resist his tempting embrace for seventy-three days, she might be able to find the answers she seeks, and return home to a new life without changing history or leaving her heart on the other side of time.

IN A SUNLIT corner of the cluttered Waldo, Hall & Company freight office, Cullen Montgomery sat tipped back on a chair’s spindly rear legs reading the newspaper and scratching a rough layer of morning whiskers.

Henry Peters slumped in a leather-reading chair and propped his legs, covered in faded cavalry pants, on a crate marked textiles and bound for Santa Fe. “What you learning ‘bout in that gazette?”

Cullen chuckled at what little real news the paper printed. Since he no longer lived in Edinburgh or Cambridge, he needed to lower his expectations when it came to the local press. Every word of the Independence Reporter had been read and reread, and although he couldn’t find mention of a scientific discovery or notice of a public discussion with a famous poet, he knew Grace McCoy had gotten hitched last Saturday. Reading the paper’s recitation was unnecessary. He’d escorted the bride’s widowed aunt to the nuptials and knew firsthand that the bride had swooned walking down the aisle. Virgin brides and widows. The former didn’t interest him, the latter lavishly entertained him.

He gave the last page a final perusal. “There's no mention of our wagon train pulling out in the morning.”

The old soldier took a pinch of tobacco between his thumb and forefinger and loaded the bowl of his presidential-face pipe. “We ain’t got no more room anyways. No sense advertising.”

The day had turned unusually warm, and Cullen had dressed for cooler weather. Sweat trickled down his back, prompting him to roll his red-flannel shirtsleeves to his elbows. “Mary Spencer’s not going now. We can take on one more family.”

Henry dropped his feet, and his boot heels scraped the heart-of-pine floor. “Dang. Why’d you bring up that gal’s name?”

“It’s not your fault she disappeared.” Although Cullen hadn’t said anything to his friend, he believed the portrait artist he’d seen making a nuisance of himself at the dress shop had sweet-talked the porcelain-skinned, green-eyed woman into eloping.

“Maybe, maybe not.” The joints in Henry’s bowed legs popped and cracked as he stood and stepped to the window.

Cullen pulled out his watch to check the time. Before slipping the timepiece back into his vest pocket, out of habit he rubbed his thumb across the Celtic knot on the front of the case. The gesture always evoked memories of his grandfather, an old Scot with a gentle side that countered his temper. Folks said Cullen walked in his grandsire’s shoes. He discounted the notion he could be hotheaded, with one exception. He had no tolerance for liars. When he unveiled a lie, he unleashed the full measure of his displeasure. “We can’t worry about yesterday, and today’s got enough trouble of its own.”

“Rumor has it John Barrett needs money. Heard you offered him a loan.” Henry wagged his pipe-holding hand. “Also heard he got his bristles up, saying he wouldn’t be beholdin’ to nobody. Got too much pride if’n you ask me. You get down to cases with that boy and straighten his thinking out.”

God knew Cullen had tried. “If I can’t find a compromise, our wagon train could fall apart before we get out of town.”

“You’re as wise as a tree full of owls, son. You’ll figure it out.”

The newspaper had served its purpose so he tossed the gossip sheet into the trash. Then he stood and stretched his legs before starting for the door.

Henry rapped his knuckles on the windowsill. “Where’re you goin’?”

A queue tied with a thong at Cullen’s nape reminded him that his shaggy hair hadn’t seen even the blunt end of a pair of shears in months. “To the barber. Afterwards, I’ll figure out how to get your wagon train to Oregon. There’s a law office with my name on the door waiting at the end of the trail. I don’t have time for more delays.”

Henry’s bushy brows merged above his nose. “There’s more than work awaitin’ you.”

“To quote an old soldier: Maybe. Maybe not.” With the picture of a San Francisco, dark-haired lass tucked into his pocket alongside his watch, and the keening sound of his favorite bagpipe tune playing in his mind, Cullen left the office to solve today’s problem before it became tomorrow’s trouble.

WHERE TO FIND KATHERINE ON THE WEB:

WHERE TO BUY THE RUBY BROOCH:
Amazon: http://www.amazon.com/dp/B007QMSONK/ref=cm_sw_r_fa_dp_8.yEpb1BTCEEX

Thank you so much for having me today, Teresa. It’s been a pleasure visiting with you and your readers.
Posted by Teresa Reasor at 7:43 AM 7 comments: Links to this post

On The Wild Side by Gerri Bowen 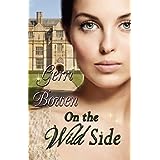 Gerri Bowen is a master at writing Regency romances that really entertain. No boring drawing room drama here. On The Wild Side is a series of six short stories telling of the romantic struggles of men and women who have something special in their blood. Each one has a special gift. And sometimes those gifts get in the way of their finding true love. I found the premise fresh and the paranormal elements (wood nymphs and such) different in this book than any other I’ve read. I thoroughly enjoyed it.
If you like Regency Romance I think you'll like this too.