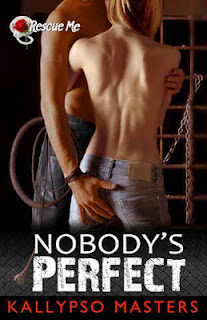 
Savannah Gentry, now Savi Baker, escaped the torture and degradation forced upon her by a sadistic father for eleven years and has made a safe life for herself and her daughter. When her father threatens her peace of mind—and her daughter's safety—Savi runs to Damián Orlando for protection. Their one day together eight years earlier changed both their lives and resulted in a secret she can no longer hide. But being with Damián reawakens feelings she wants buried—and stirs up an onslaught of disturbing flashbacks that leave her shaken to the core with little hope of ever being a sexual being again.
Damián has his own dragons to fight, but has never forgotten the one perfect day he spent with Savannah in a cave at the beach. He will go to the ends of the earth to protect Savi and her daughter, but can never be the whole man she deserves after a firefight in Iraq. Besides, the trauma of war and resulting PTSD has led him to find his place as the Masters at Arms Club's favorite sadist. Savi needs someone gentle and loving, not the broken man he has become. But he sees that the lifestyle he's come to embrace also can help Savi regain control of her life and sexuality. How can he not help redirect her negative thoughts and actions if she needs him?
Website http://www.kallypsomasters.com
Blog http://www.kallypsomasters.blogspot.com
Author Page https://www.facebook.com/KallypsoMastersAuthorPage
Facebook https://www.facebook.com/kallypsomasters
Twitter https://twitter.com/#!/kallypsomasters
Posted by Teresa Reasor at 7:23 AM

SO looking forward to this book! I love that you emphasize that HEA takes WORK and COMMITMENT, Kally. So so true, and too few realize that these days. Congrats on nearing the finish of this book... and don't rush it! Take as much time as you need to make it exactly the way you want it!

I am sorry to hear about your past. I am happy to hear that you are in a happy/healthy relationship and for 29 years??!! Wow!~ He must be special! ;)
I agree with Amy! I love HEAs and how they are just "perfect", but how you continually show us the issues and resolves your characters go through just enthrall me. It feels more real knowing that everyone has issues with their relationship, but they are able to be worked through. I really enjoy seeing these characters come along with their baggage and deal with it instead of shoving it in the closet. Thank you for sharing your stories, Kally! :)

As you know, Kally, I am a major fan of your writings! I hate to hear about the abuses that you suffered but am so glad that you have been so lucky to find your DH and have a great relationship for 29 years! And you are now writing a story of healing for Savi to inspire others towards their own HEA.
I can't wait to read NOBODY'S PERFECT. Anyone who has not read these books need to do that NOW!!! I am so glad that I did and will continue to read them as long as Kally continues to write (oh and I know where Louisville is so don't try to stop, LOL).

How conscientious to take on such a problematic but very realistic topic such as child abuse! I think romance reading and writing could be very therapeutic and healing.

Can't wait to read Savi's story. I'm sure it will be full of all the things a Kallypso Masters story is known for--hot heroes, full-tilt emotion, and fire-hot sex.

Another fantastic interview ladies! Kally, I admire what you've done with your career, and I'm so glad you quit your day job! Keep pounding away girl!!!