Excerpt for An Automated Death 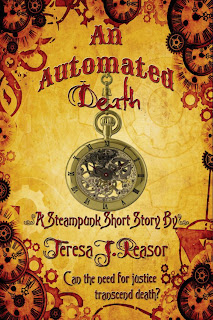 An Automated Death was published March 13th, 2013.  And I thought I'd post an except from the book for those who are interested. The story has two endings. One dark and one light.  I've published the story with them both.

Automaton: A non-electronic machine that mimics the movements of an animal or a human.  A nineteenth century robot.


Hope you enjoyed the Excerpt. You can download the story at Barnes and Noble, Amazon, or Smashwords.

An Automated Death: A Steampunk Short Story IT'S LIVE!!! 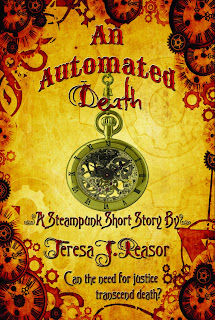 AN AUTOMATED DEATH IS LIVE!!!  IT'S AVAILABLE AT AMAZON FOR NOW AND WILL BE AVAILABLE AT BAND N SMASHWORDS APPLE AND ECT. SOON!!