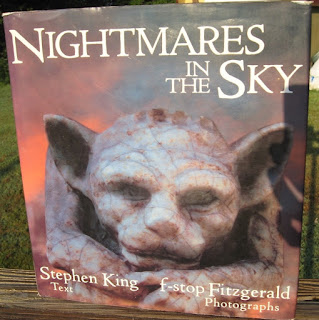 I love writing Paranormal Romance. I love reading them as well. My SEAL Team Heartbreaker Series is based in reality, and I love writing about my guys. But my Superstition Series is based totally inside my imagination. Even the town Superstition, Kentucky is right there in my head. It has a small community college, a library that is utilized by the public and the college students, like many college libraries, and it has streets named for things based in magic.

I'm not saying that reality isn't as interesting a writing experience, but sometimes it's fun to step away and let the impossible happen.

And writing Paranormal Romance does give me a break from the deep immersion into the military life and the intense emotions I usually experience when I live in my SEALs' world for a long time.


Whisper in My Ear 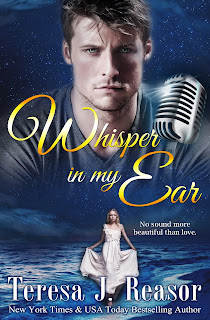 Would spending time with him cause her to wish for something she couldn’t have? Of course it would. “Then maybe this is a mistake.”
Drew stepped close, cupped the back of her head and kissed her.
The gentle pressure of his mouth was intent but not forceful. Her first seconds of resistance washed away upon the tide of longing and need rushing through her. The heat from his body wrapped her in warmth, drawing her in. Her bag fell from her shoulder and hit the floor.
She slid her arms around his waist and leaned into him. She inhaled in his unique Merman scent.
When his tongue slipped between her lips she groaned. He tasted like expensive bourbon and him. Her tongue tangled with his while Drew’s arms tightened around her, holding her closer. She felt his response and fought the urge to rise on tiptoe to better fit her body to his.
Drew gently broke the kiss, and she opened her eyes to look up at him. A gasp escaped. The normal human planes of his face had transitioned to something more angular and rugged, his cheekbones flatter and more prominent, his eyes holding a preternatural glow. He looked…foreign, majestic and…desirable.
“What is it?’ he asked.
Movement down the hall caught her attention. A man and woman approached, neighbors who lived in three-nineteen. They couldn’t see him like this. She grasped Drew’s arm and tugged him into her apartment and shut the door.
His expression, both bemused and surprised, had her shaking her head. How had he not felt the change? She pointed at a mirror over the couch. “Look at yourself.”
The light over the door signaled her doorbell had rung. She motioned Drew to step out of sight, and then opened the door.
Mrs. Stein, the woman she’d seen coming down the hall, held out Katrina’s purse, her gray brows raised. “I don’t think you want to leave this out here in the hall.”
Katrina’s cheeks burned and she forced a laugh. “No, that wouldn’t be a good idea. Thank you.”
“Good night,” Mrs. Stein said with a nod and strolled down the hall.