Showing posts from 2009
Show all

A Death in Harlan County, Kentucky

November 01, 2009
In 1969 there was a girl’s decomposing body discovered on Pine Mountain in Harlan County, Kentucky. A man picking wildflowers for his wife stumbled upon her. She was young, possibly late teens, 5 foot 3 inches tall, very petite, with strawberry blond hair. She had been beaten and stabbed. The body was so decomposed they couldn’t tell if she’d been raped but she was nude, and had been punched hard enough that some of her teeth rested in her throat.. It was believed she’d been murdered elsewhere and dumped about fifty feet off the Little Shepherd’s Trail. A receipt from a restaurant in Cincinatti, Ohio, a blouse, and a man’s sweater rested near her. I was thirteen at the time of her death. At that time domestic violence was a thing swept under the rug by family members, endured by the parties involved, and certainly not put in the paper or discussed in the neighborhood. And discussions of rape were taboo. But this young girl’s death brought all those thoughts to the forefront of every
14 comments
Read more 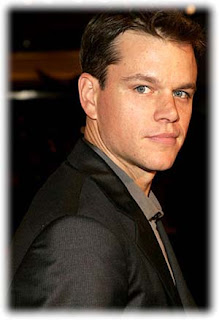 The Parasite Archetype. The Parasite is always dissatisfied with his own life and wants to live someone else’s, and he/she doesn’t care what they have to do to make it happen. When I first started thinking about this archetype, I was surprised at how many examples leapt to mind. The first being The Talented Mr. Ripley (1999). The movie is based on a novel written in 1955 by author Patricia Highsmith. Tom Ripley (Matt Damon) is working a part time job as a piano player at a party in a borrowed Princeton jacket when he is approached by Herbert Greenleaf. Ripley leads Herbert to believe he’s a graduate of the university and a friend of his son, Dickie. Herbert Greenleaf hires Ripley to travel to Italy and convince his son to return home to help run the family business. Thus the man gives Ripley a taste of the life he’s never known and a hunger for more. Ripley arrives in Italy, contacts Dickie Greenleaf, and wastes no time ingratiating himself into his life. Throughout their relations
10 comments
Read more
More posts