Abigail Keam's Death By a Honey Bee is Free 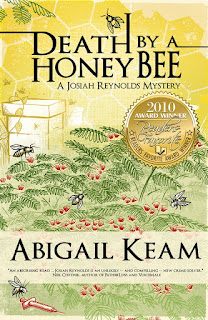 Death By a Honey Bee

I love Abigail's series. It's like Murder She Wrote with an edge.

Death By A Honey Bee

Posted by Teresa Reasor at 8:23 AM No comments:

Fight For Me by Hayden Braeburn

Hayden Braeburns second book of her series Fight For Me will be out November 6th!!!
Come join me in congratulating her.  I've already started reading the book. I got an arch of it a couple of days ago. NA-NA-NANA-NA!!  And I can tell you Cassidy and Dylan put off more heat than the sun. 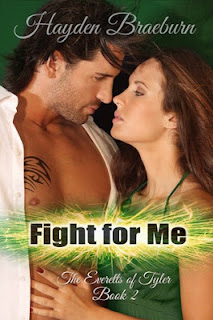 FIGHT FOR ME, The Everetts of Tyler, Book 2

Cassidy Everett planned on nursing her brother’s protector back to health and moving on, but when an old foe resurfaces, her plans change. Quickly.
Dylan Black may have been shot saving Mason Everett’s life, but that doesn’t mean he can’t protect his own–and Cassidy is his whether or not she wants to admit it. His injuries don’t matter; all that matters is keeping his Cassie safe.
When the threats towards Cassidy turn lethal, will the fight to survive bring Cassidy and Dylan together or tear them apart?

Fight For me is a continuation of a situation that was resolved in Hayden's first book Dance With Me. 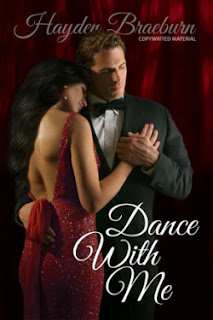 I'M REPOSTING AN INTERVIEW HAYDEN DID FOR ME WHEN DANCE WITH ME WAS RELEASED.  It's the first book of a series titled the Everett's of Tyler series.
Champion ballroom dancer Katerina Nemecek pushed the love of her life away when he offered to save her studio from foreclosure. She loved him despite the secrecy surrounding their relationship, but she refused to take advantage of him or his wealth.

Mason Everett wants nothing more than to share his life, his family, and his fortune with Kat, but keeping her a secret was the only way he could keep her safe. He'd rather hide her away than chance losing her.

When Kat and Mason's relationship finally goes public, it sets in motion a plan to keep them apart. Can they survive the firestorm to dance together forever?

Interview:
Tell us what inspired your story?
Honestly, I think I was watching Dancing with the Stars and thought, 'what if a heroine owned a studio?' and went from there. The first sentence, “Katerina Nemecek buckled her heel beforestepping in front of the studio's mirrored wall,” was a lonely sentence for a week or two before the rest of the story presented itself.

What genres are you most drawn to to read and to write?
I love contemporary, paranormal, and suspense—especially when the hero is military or former military (or police, or fire... Fascination with a man in uniform, much, Hayden?

Describe your hero and tell us a little about him.
Mason Everett is a strong, solid family man. He's in the family business of banking, has dinner with them once a week, cleans up after his younger siblings, and... keeps the love of his life from them for more than a year.

Describe your heroine and tell us a little about her.
Katerina Nemecek is strong in her own way. Her mother is serving time for embezzlement, and she's never met her father, yet she came home to Tyler to strike out on her own. It takes a certain ballsiness to do that, and it's unfortunate things didn't work for her quite as she'd planned.

What brings the two together and what threatens to keep them apart?
I did something strange with this book—Mason and Kat were in love with each other the whole time, and that was never an issue. Of course, Kat doesn't see it that way, and feels she's not goodenough for him, but the real problem is his ex.

If you're writing a series, have you kept the same characters throughout? And what through line or theme have you used to tie it together?

DANCE WITH ME is the beginning of a series based around the Everett siblings. It may branchout to other families/friends in Tyler, but right now the series is planned for four books.
Posted by Teresa Reasor at 10:17 PM No comments: