In 2007,  I accepted my first contract with The Wild Rose Press and my Scottish Medieval Romance, HIGHLAND MOONLIGHT  was released.  I've recently gotten the rights back to Moonlight and done revisions, rewrites, and updated the cover.  I'm calling it The Author's Cut because it's a new version of the book.

In honor of it's pending release, I'm revealing the cover. My BEAUTIFUL, GORGEOUS, EXCELLENT NEW COVER!! Done by my wonderful cover artist,  Tracy Stewart (Yes that's a Scottish Name which is very appropriate.) She is the  owner of a one stop shopping, everything you could need for your book company called  Simply Bookish,

And also Tracy was able to find a picture of the castle I wrote about, dreamed about, and studied while I wrote the book and we have put it on the cover. The castle is Kilchurn Castle in Scotland, now a ruin but in the day.... It is located in Argyll and Bute, Scotland.

It was actually constructed in 1450 (a little more than a 100 years after my story) by Sir Colin Campbell and at one time had a defended curtain wall. There are times when the castle is actually surrounded by water when the loch rises and the only access is by boat. And for a time the land access was cut off completely when the Scottish government deemed it too dangerous to walk over the railroad tracks to reach the castle, leaving the loch the only way to reach it. They have built a viaduct restoring land access to the castle now.
But as always when I speak of Scotland I digress....

So here it is, The New Cover for  HIGHLAND MOONLIGHT!! 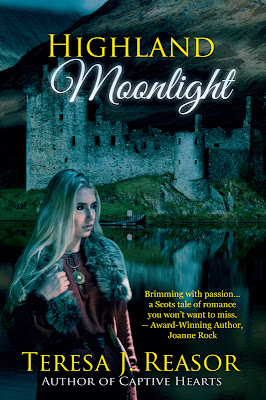 I'll be sending out updates as to the date of release!!!

To Capture A Highlander's Heart: The Beginning is FREE!!! 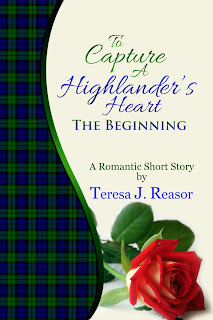 This week I published my Scottish medieval short story, To Capture A Highlander's Heart: The Beginning. It is a spin off story tied to Highland Moonlight my first published book,which will soon be rereleased with a new cover, new line edits, and rewrites.

I hope you'll check it out.