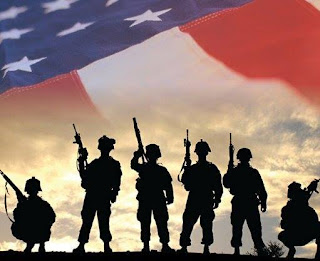 COME JOIN US IF YOU CAN. IT'S GOING TO BE GREAT!!
TERESA REASOR

As an author, it's always my responsibility to make things as convenient for my readers as possible to purchase my books.  With that in mind, I've released my two SEAL Team Heartbreakers novellas, Breaking Ties and Breaking Point in a box set I'm calling a duet. 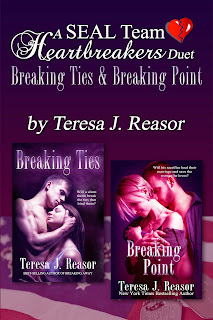 The Duet is available in both Ebook and Print.

Breaking Ties
Navy SEAL Oliver ‘Greenback’ Shaker is used to making sacrifices in service to his country. Yet he’s blindsided when he returns from a training rotation and learns his wife, Selena has struggled with a terrible secret in his absence—a secret which might require a sacrifice he’s not prepared to make.

After fifteen years of marriage, Trish Marks has hit her breaking point. Her social work caseload has doubled, her son is acting out, and her SEAL husband is never home. Something has to give. When she’s shot and nearly killed by an irate husband during a home check, it does.

The books are still available separately as well. 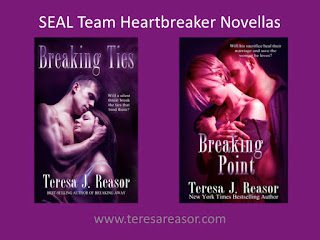 Here's a short excerpt from each:
Breaking Ties

The breeze off the water was chilly, so Selena bundled Lucia into the sweater and hat she’d packed earlier. They walked down the long stretch of concrete sidewalk, both of them holding Lucia by a hand while Oliver pushed the empty umbrella stroller.
They reached the pier, and Selena experienced a twinge while she strapped Lucia into the stroller. She was a petite child, in the bottom twenty-five percent for height and weight, understandable since neither of her parents were big people. But she had almost outgrown the small, portable stroller. Her baby had become a toddler overnight. Where had the time gone? She wanted to roll it all back and relive every moment with more clarity, more attention.
Her eyes blurred with tears, and she shoved her sunglasses on and turned to look out to sea so Oliver wouldn’t know. Cirrus clouds shaped like ostrich feathers fluttered across a clear blue sky. The Pacific Ocean stretched to the horizon, its color darkened to ultramarine.
Her gaze settled on her husband while he pushed the stroller and pointed out things to Lucia. Though he only stood five foot eight, he was muscular and fit. Because of his broad shoulders and back, he always seemed taller, and bigger than his one hundred sixty-five pounds. His movements were relaxed, but every step he took radiated purpose and drive.
Should something happen to her, he’d grieve, but he’d move on. He’d formulate a plan to fulfill Lucia’s needs and see it through. He’d make sure their daughter was cared for and loved.
Just as she would have to, should anything happen to him.
But would he sacrifice his calling, his job, for Lucia? And who would he find to care for her while he was out of the country, as he often was?
Gulls screeched overhead and Lucia pointed upward as she followed their flight. As though sensing Selena’s absence, Oliver stopped and looked over his shoulder, searching for her. She hurried to catch up.
“You, okay, cara?” he asked.
She nodded. “Yes. Just admiring the scenery.”
Another couple, pushing a double stroller with twins strapped in it, strolled by and exchanged a smile and a nod with Selena.
She experienced another wave of anxiety. If she took chemo for a long time, she’d never be able to have another child. She’d be sterile.
She and Oliver planned to have another baby, had been semi-trying for the last six months, in between his training rotations. Their dreams of another child would end.
“Have you called your mom to talk about any of this?” Oliver asked.
“No, I didn’t want to worry them until I knew something for certain. Maybe not even then.”
“Your mom and sisters will be hurt if you don’t tell them, Selena.”
“Not yet, Oliver.” Every time she said the C word it made it more real, more certain. If she told her family, they’d call her constantly. Their questions and good intentions would undermine what little control she had over her fear.  She had to get a handle on everything before she spoke to them.
“You haven’t told anyone?”
“I told you.”
His dark eyes searched her face, then he slipped an arm around her and rested his lips against her forehead. She wrapped her arms around him and held on. Her anxiety eased.