I've been working on a collaborative anthology with a wonderful group of writers and our efforts are about to be published. The presale button is up and running at Amazon!!!  And  I wanted to share the cover and the blurbs for all the stories in the anthology. 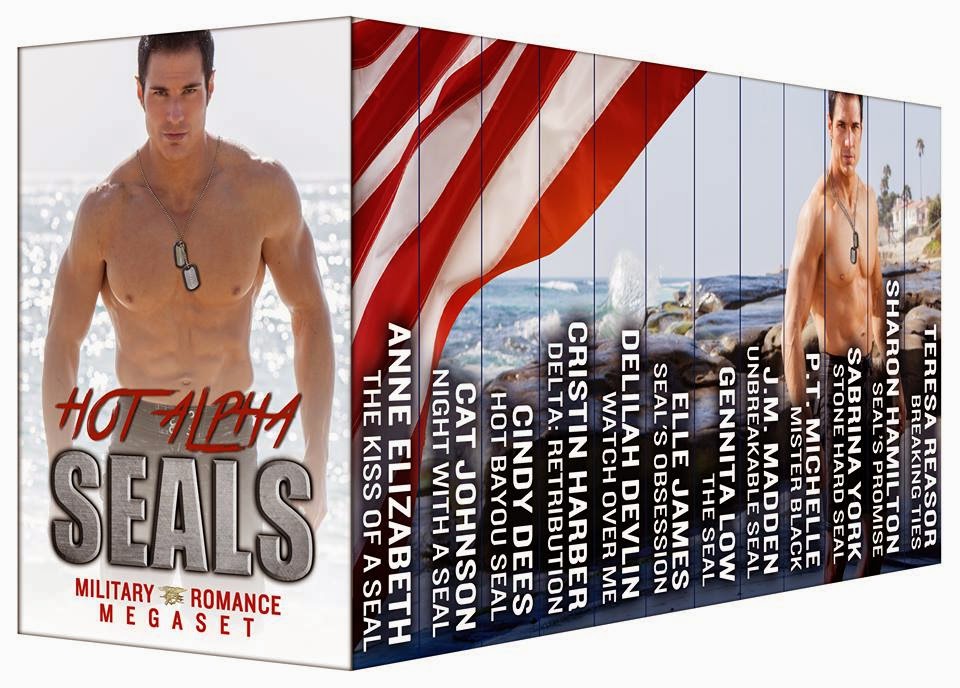 Here are the blurbs!! I know you're going to be knocked out of your shoes. These are great!!

DELTA: RETRIBUTION by USA Today bestselling author Cristin Harber — Fallen Navy SEAL and Titan Group’s Delta recruit Trace Reeves wants nothing more than a one-night stand to forget that his twin brother was killed-in-action. But when his one-time fling becomes his high value target, the lines blur between her rescue mission and saving himself.

WATCH OVER ME (An Uncharted SEAL story) by New York Times and USA Today bestselling author Delilah Devlin — When Deke Warrick accepts an unsanctioned detail to keep tabs on a congressman’s niece while she vacations in the Caribbean, he expects the only dangers he’ll face are sunburn and a rum hangover. Determined to keep his distance, his resolve is challenged by a chance encounter with the beautiful Nicky Martir—and then shattered when she’s snatched from their hotel room.

The SEAL (a Sex, Lies & Spies novella) by USA Today bestselling author Gennita Low — Mari Lords is tasked by her father to steal the seal that is an important clue in a round-the-world treasure hunt called The Game. The item is currently in the possession of a member of a secret society near St. Augustine, FL. Her opportunity comes during a party until she crashes into another kind of SEAL, named Angel Marcello. Ooops. Suddenly, Mari finds herself the hunted.

My Muse's Musings: Where did STEAMPUNK come from?

My Muse's Musings: Where did STEAMPUNK come from?: Steampunk is a genre inspired by a mixture of the real industrialization of Victorian and Edwardian England and the science fiction literatu...
Posted by Teresa Reasor at 12:12 PM No comments: