Showing posts from February, 2014
Show all

MARLISS MELTON'S CODE OF SILENCE (Featured in: SEALed With A Kiss: Heroes With A Heart Anthology) 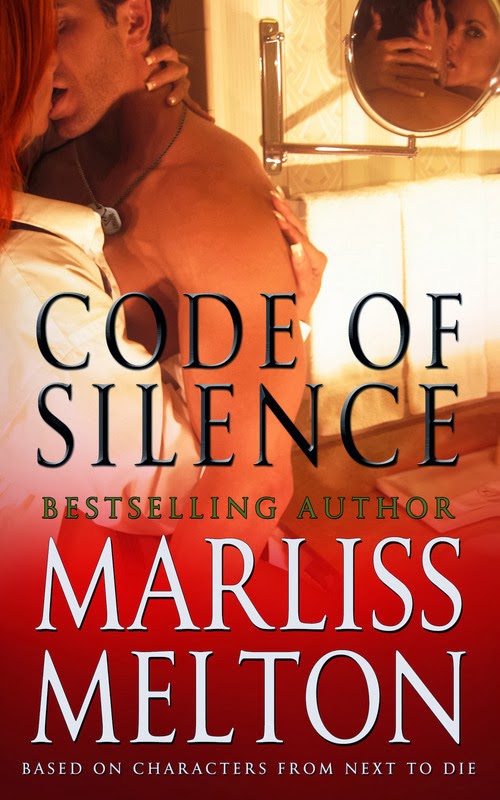 I'm posting an excerpt from Bestselling Author Marliss Melton's novella Code Of Silence.   The first story featured in the newly released anthology SEALed With A Kiss: Heroes With A Heart. You're going to love this! “How long did you know?” Vinny demanded, diving right in. A muscle jumped in his jaw as he awaited her answer. The reminder that the precious little life she’d been guarding was gone drove a shaft of pain straight through her heart. She lowered the cup to her lap and stared down at it, devastated. She had tried turning over a new leaf. She had wanted to put the baby first, and now it was too late. “Almost two months,” she admitted, too ashamed to even look at him.   Stunned silence followed her reply. “ Two months ,” he finally repeated, in a voice that resonated with betrayal. “I was going to tell you,” she rushed to assure him, “but I was afraid you’d force me to quit my job and I wasn’t ready…” She cut herself off, dismayed by how
2 comments
Read more

SEALed WITH A KISS (An Anthology of 8 SEAL Stories) IS LIVE!!!

SEALed WITH A KISS IS LIVE  and a bargain at $.99. Amazon Barnes and Noble Other links coming soon. EIGHT SEAL STORIES!! EIGHT WONDERFUL WRITERS!! I'm so humbled to be included. CODE OF SILENCE by Award-Winning Bestselling author MARLISS MELTON Navy SEAL Vinny DeInnocentis has no idea his news reporter wife is keeping secrets. With her hard-won reputation for rooting out corruption, Ophelia can’t let a little thing like her unexpected pregnancy get in the way of exposing Pennsylvania’s lieutenant governor for the liar he is. But will her quest to publicize the truth — and her shocking discovery that her target is far more dangerous than she imagined — cost her more than she ever thought she’d lose? HOLDING ON by New York Times Bestselling author STEPHANIE TYLER (a novella set in the Hold series - originally published in SEAL of My Dreams altho) Jamie Michaels is an FBI Agent, married to a Navy SEAL…and about to give birth while her husband’s de
4 comments
Read more
More posts