Showing posts from May, 2019
Show all

New Books in the SEALS IN PARADISE SERIES !!!! First release! 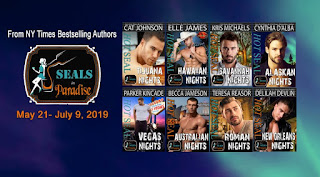 BREAKING CHAINS RELEASE! Another EXCERPT. And another RELEASE IN JULY!! 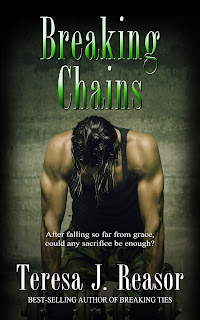 It's MAY13th and the 8th full-length book in my  SEAL Team Heartbreakers series, Breaking Chains, is out!!  I'm really excited about the book and am hoping all my readers are too. It is the culmination of 7 other full-length books and 2 novellas. But it won't be the last book in the SEAL Team Heartbreakers series.  I have another SEAL team I introduced in Building Ties and they're going to be busy in the next book.  I'll keep you posted. Ex-Navy SEAL Derrick Armstrong walks out of the Miramar military brig with a dishonorable discharge, a criminal record, and no prospects. The odds are against him being able to build a normal life after prison, but his training as a SEAL keeps him going. Ella Bailey is struggling financially to raise her seven-year-old son alone. Life has dealt her some hard blows and when Derrick steps between her and another one, she’s both grateful and wary. She views men as obstacles to avoid, but she’s drawn to Derrick,
Post a Comment
Read more
More posts