Showing posts from June, 2016
Show all

History Following A Book Can't Be Changed, So What comes next? 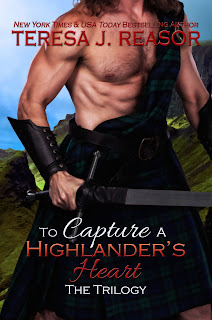 In April I released a box set/trilogy of the three parts of my Highland Moonlight Spinoff Series, To Capture A Highlander's Heart. I had just finished the third installment To Capture A Highlander's Heart: The Wedding Night and was eager to get all three parts together in one set.  My cover artist Tracy Stewart gave me a kickass cover and I couldn't wait for readers to see it.  To Capture A Highlander's Heart: The Trilogy  I rode the high of having finished the three part series because it was well overdue and I was thrilled with the full length book and my hero.  I wanted to give my readers a really good finish to the series for waiting so long for it. Life had interrupted again and again and I'm a slow writer.  After about a week I found a little depression kicking in. Not because I wasn't pleased with the book but because, knowing the Scottish history I had based the book on, and the year I had set it in, I was aware of what followed only a
2 comments
Read more
More posts