We went to Loch Maree because it’s the setting of my current work in progress and I wanted to see the highlands up close and personal. And Loch Maree is the highlands. It resides in Wester Ross in the Northwestern upper regions of Scotland. It’s known as the Jewel of the Highlands because it’s so untouched. 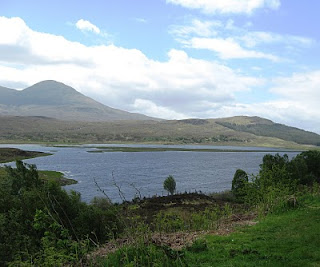 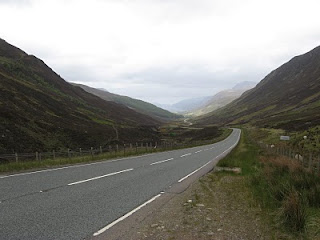 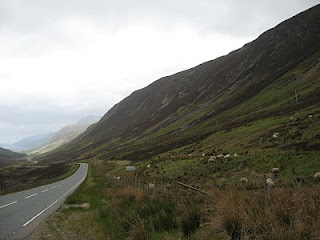 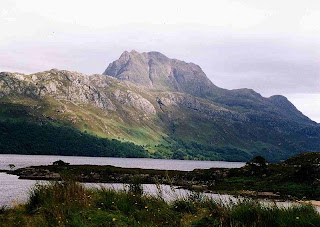 Loch Maree has a maximum depth of 375 feet and an average depth of 125 and is nearly 13 miles long. It is the 4th largest loch in Scotland. 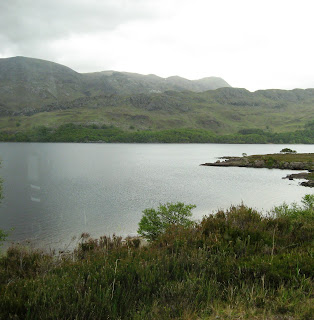 The loch has around 30 islands, Isle Maree being the most important. It is on that island that a small chapel was built in 766 AD. by St. Maol Rubha. He came to spread Christianity and to try and wean the Druids away from their practices of sacrificing bulls.

It seems he was not completely successful. The last sacrifice was in the 17th century. 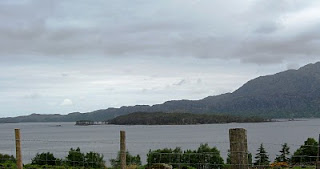 The island is said to have a well on it that will cure mental illness and has oak and holly trees that were at one time important to the ancient Druids who worshipped there. There are also graves of a Viking prince and princess. 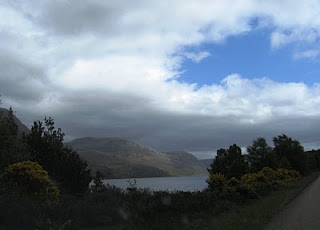 A wishing tree with coins hammered into it was there when Queen Victoria visited in 1877. 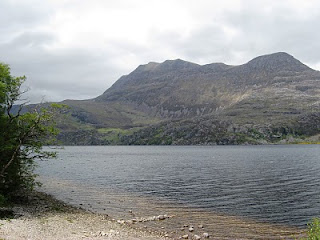 Loch Maree even has it’s own monster called the Muc-sheilch (Pronounced Mook Helluch) .Perhaps a kind of selkie. I kept my eye out for it every time I stopped to take a picture but it must be as camera shy as I am. 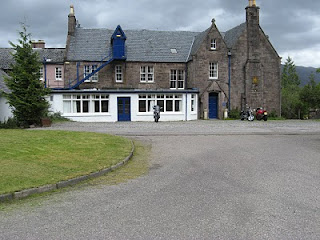 Queen Victoria stayed at the Loch Maree Hotel in 1877. She stayed six days and there is a plaque that commemorates her visit outside the building. It seems strange to see motorcycles parked outside it, knowing that. 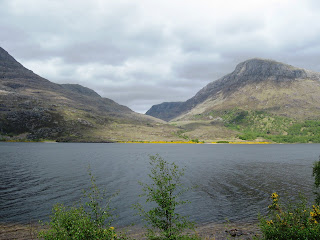 The area is a favorite camping site. Hiking, climbing, and fishing seems to be the favorite pastime for anyone who visits. The light seemed to change every few minutes as you can tell from my pictures.  And the area is known to have unexpected, sometimes violent storms blow through, a fact that I have used to my advantage in my manuscript. 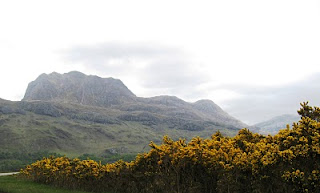 Tomorrow I'll be talking about Cawdor Castle, the stronghold of the Campbell Clan.
Write on,

Teresa R.
Posted by Teresa Reasor at 2:27 AM

Absolutely stunning pictures. I'm really enjoying the blog posts. Btw, I think you meant plaque and not plague outside the hotel Queen Victoria stayed. It did make me chuckle, though. (;

Patrizia:
Thanks for catching my typo. I'm terrible for them. And I can't spell worth a darn either.
I've fixed it.
I'm so glad you're enjoying the tour.
It is turning into a tour isn't it?
Teresa

Love the pictures. Learning so much from these blog posts. Thanks

Oh, Teresa, you are so right. These photos show the wilderness of the Highlands. They are gorgeous. Not that long ago the History Channel had a program on the forming of Loch Ness. It went back over 60 million years and showed not only that Scotland was once hooked onto North America, but how it moved and ended up hooked to England. It was so interesting I had to purchase it. The video shows how the ice age formed so many of the glens and rough mountains. I could see it in your photos. Scotland is such an amazing place.

I can't wait to see your Cawdor Castle photos. We had a delightful time there, including saving the life of a hedgehog from a huge bus. He decided to take a rest in the middle of the driveway. :)

Thanks again for sharing.

PL:
So glad you're still hanging on and visiting the blog. Thanks so much.

Paisley:
I'm a real animal lover so I'm so glad you were able to save the hedgehog. I'd have jumped right into do it too.

And yes Cawdor is my second favorite castle in all of Scotland.

I didn't get to see Kilchurn Castle. The one I most wanted to see. And I didn't get to explore the Argyll area as I would have wanted to and see Inverarary Castle. Love those Campbells despite their alpha tendancies.