Breaking Point, the 8th installment of my SEAL Team Heartbreakers Series, is a novella exploring Langley and Trish Marks' story.  It's about marriage in the military and how couples survive the separations, the loneliness, the stress of carrying the load alone and remain together despite it all.
Below is the blurb, the links, and an excerpt.  Breaking Point is available for per-order and will be released March 15th, 2017. 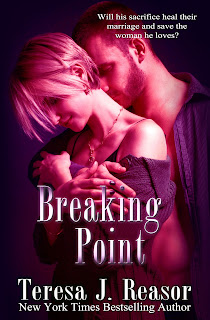 
After fifteen years of marriage, Trish Marks has hit her breaking point. Her social work caseload has doubled, her son is acting out, and her SEAL husband is never home.   Something has to give. When she’s shot and nearly killed by an irate husband during a home check, it does.