A New Release Mystery, Murder, &Mayhem Collection : Seven Deadly Mysteries, by Best-Selling Sleuths is available for preorder.  The collection will be out March 3, 2015. So if you pre-order it will be delivered to your kindle or other device as soon as promised. 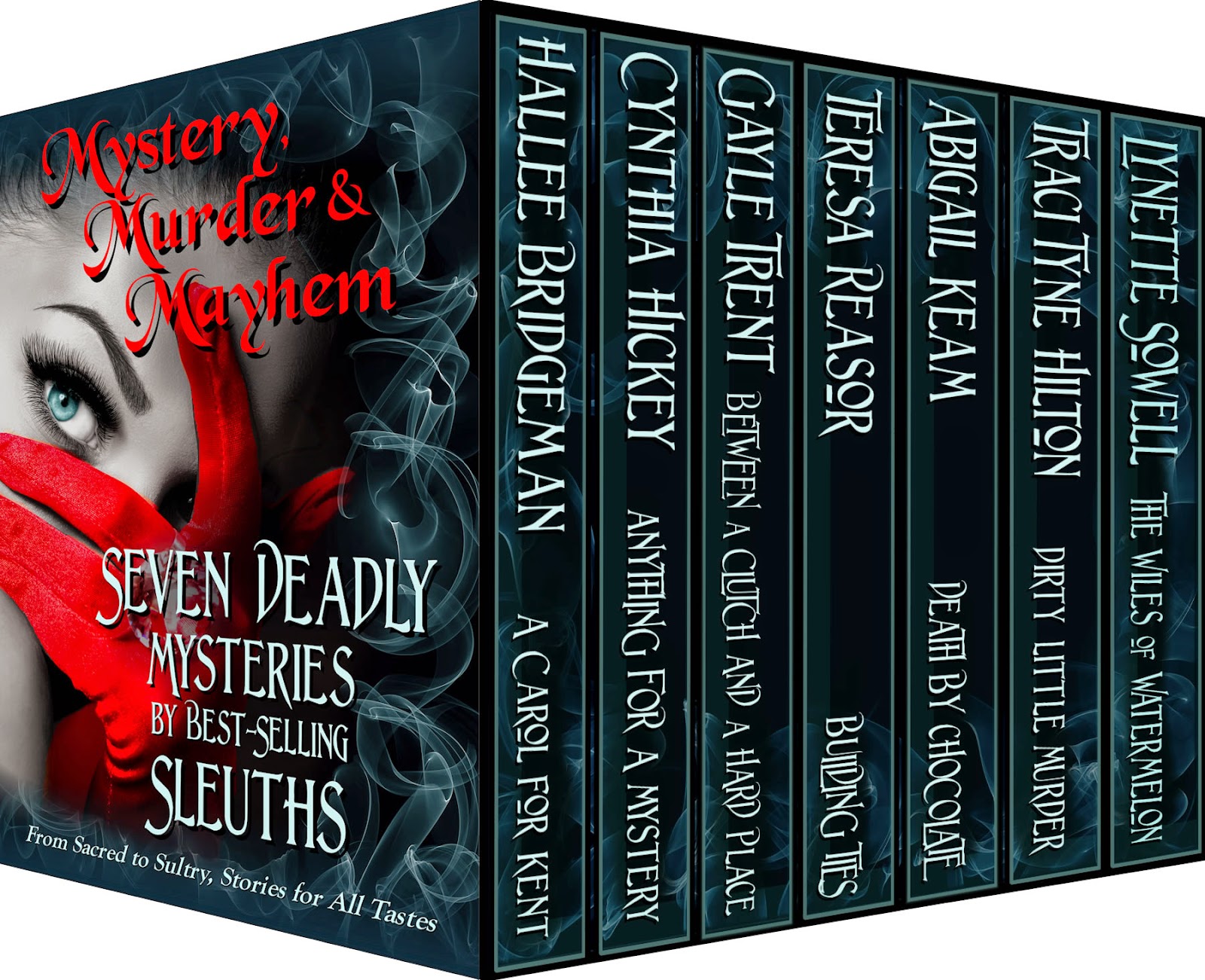 Here are the blurbs for the collection:


Seven incredible mysteries from seven best selling authors in this limited time collection! From sacred to sultry, you'll find a mystery to fit all tastes.

A Carol for Kent by Hallee Bridgeman: A ruthless serial killer seeks to end a love song eight years in the making.

Anything for a Mystery by Cynthia HIckey: For best-selling romance author, Stormi Nelson, switching genres could get her killed.

Between a Clutch and a Hard Place by Gayle Trent: When Myrtle Crumb finds a cryptic note in a consignment store purse, she simply has to investigate. Will she find more trouble than she bargained for?

Building Ties by Author Teresa Reasor: Navy SEAL Brett 'Cutter' Weaver is on a mission to Nicaragua when he learns his bride-to-be, Tess Kelly, has been injured in a car bombing. He rushes home on the next available transport and arrives to find Tess embroiled in three controversial stories. There’s a killer stalking her, and one interview at a time, they mean to catch him.

Death By Chocolate by Abigail Keam: Josiah Reynolds is tracking down the disappearance of an old friend’s son. But while she is chasing a missing person, O’nan is hot on Josiah’s trail chasing her. And he is threatening, conniving, and blackmailing others to help destroy the woman he thinks ruined his life. Will he finally succeed?

Dirty Little Murder by Traci Tyne Hilton: Everyone seemed to love Douglas Swanson—just ask his wife, his ex-wife, or the many girlfriends he left in his wake. So when Jane Adler found him dead at the bottom of his hot tub, the question wasn’t how he had died, but whose passion had taken a violent turn.

The Wiles of Watermelon by Lynette Sowell : When Andi Hartley's kitten digs up a bone attached to a thirty-year-old skeleton in Andi's watermelon field, buried secrets come to life. Then the colorful owner of Greenburg, Tennessee's best eatery is murdered. Andi must dig into Greenburg's past before a murderer strikes again.