I have some exciting news. Building Family, Book 10 in the SEAL Team Heartbreaker Series is done and is currently up for preorder at Amazon and Kobo. I expect other links to go live soon and will be adding them to this post. Building Family will be released MAY 7th!! All 90,000 words of it. 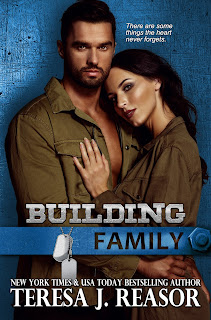 AMAZON / KOBO  / B&N / APPLE
After nine years of marriage to a Navy SEAL Zoe Yazzie knows about sacrifice. Because of numerous periods of separation from her husband she’s put her dream of having another child on the back burner. But now her biological clock is ticking and she needs Hawk’s cooperation.Lieutenant Commander Adam “Hawk” Yazzie is stunned when his wife springs the idea of having a baby on him. Their son will soon be ten and Hawk believes their baby days are over. He’s faced with a dilemma, if he says no and crushes Zoe’s dream, will it cause long term harm to their marriage?When Zoe is injured in a terrible car accident, the decision is put on hold while they wait for her to wake up. Hawk is faced with the possibility that his wife might not survive. But when she finally opens her eyes, he’s dealt an unthinkable blow. Zoe doesn’t remember him or their life together.
Our next news is a NEW RELEASE for the SEALS In Paradise Series. There will be 11 in this year's releases, listed as the Holiday Edition.   Parker Kincade brings you:
HOT SEAL, CHARMED by Parker Kincade has released just in time for St. Patrick's Day! 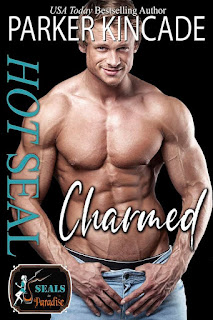 After the death of a fellow Navy SEAL, Liam “Lucky” Jamison’s foundation crumbles. He’s done. Facing civilian life after fifteen years in the Navy, he has no idea what he wants to do next, or where he wants to do it. A surprise visit from his childhood friend is a welcome distraction from the confusion about his future, but his intense attraction to her causes another type of confusion all together.

Haven Somers wants adventure before she settles into running the family pub in Killarney, Ireland. She couldn’t think of a greater adventure than to surprise her friend in California, whom she hasn’t seen in twenty years. Haven is charmed by Liam’s generous spirit, easy-going personality, and mischievous grin. The more time she spends with him, the more Haven starts to think being with Liam is the only adventure she’ll ever need.

The minute Liam touches Haven, he knows he’s in trouble. He sees forever in Haven’s eyes, but he’s been keeping secrets from her. Now, there’s no way for him to come clean without the risk of losing her.

But if he won’t trust her with the truth, why would she trust him with her heart?

I have a NEW EDITION for the SEALS In Paradise Series. HOT SEAL, MOONLIGHT MAGIC will be released September 28th  Just before Halloween.  It's available for preorder. 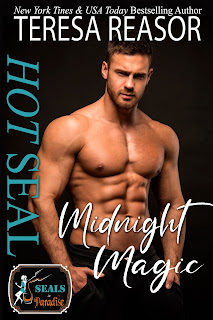 Navy SEAL Gage Fontenot is home for the first time in two years because his grandmother, who raised him, is in the hospital after a brutal assault. He has four weeks to get the lay of the land, find who’s responsible, and guarantee the attacker gets the punishment he deserves. When he’s met at the airport by Mia, the woman he jilted six years ago, his visit becomes much more complicated. Because his reasons for leaving New Orleans all lead back to her.

But there is more than their personal history in play. She sees danger ahead for them both. But Gage never believed in her gift in the past. How can she convince him to trust it now?

The next three books are the three I've released with the SEALS In Paradise series in the last 3 years. I thought I'd do some shameless pimping. 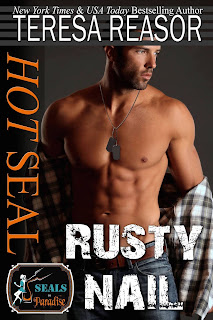 AMAZON / APPLE / B&N / KOBO
After a broken engagement followed by six months of grueling work, Sloan Bianchi is ready to hit the beaches of Hilton Head South Carolina for some R and R. She isn’t looking for romance, but when she catches the gaze of a stranger at a local restaurant, her attraction is immediate. But he turns out to be just another guy who can’t follow through.
Karma isn’t always a bitch. Navy SEAL Connor ‘Hammer’ Evans decides a fender bender is a small price to pay for finally meeting the woman who got away. Even though he’ll only be on the East Coast a short time, he’s convinced he and Sloan can enjoy a sexy, no-strings adventure together while he’s here.
Their first kiss ignites a hunger for each other they can’t seem to quench. As their relationship deepens, Sloan realizes she has to be honest with Connor and share the reason behind her broken engagement. When he learns the truth, will he go wheels up and leave her behind? Or will he follow through? 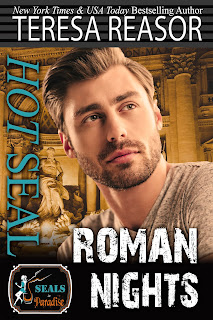 AMAZON / APPLE / B&N / KOBO
On leave after a difficult mission, Navy SEAL Tony Gallo steps off the plane in Rome and tumbles right into the arms of the woman who dumped him nine years ago, and they're both there for family events. He discovers Darcy's attending the wedding they planned but never had, but now it's someone else's.
Darcy Moreau is traveling for the first time and fulfilling a dream. She's in Rome to be her best friend's Maid of Honor. But she's also there to bury the past and start a new life.
When she and Tony meet again, she wonders if the past might not be such a bad thing if her future can include the man she left behind. But can she make amends and convince him to give her another chance? 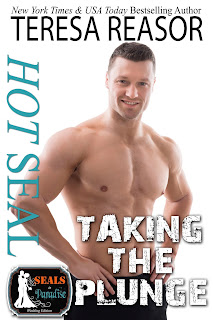 AMAZON / APPLE / B&N / KOBO
Rylie Stewart, daughter of SEAL legend, Admiral ‘Black Jack’ Stewart, is in trouble. Big trouble. Eight and a half months through a difficult pregnancy, she’s kept her silence about who the father of her unborn child is, but the closer she gets to giving birth the more the pressure mounts for her to reveal the man’s name. But she’s been a SEAL’s daughter for twenty-three years and she’s as good at keeping secrets as her father is.Navy SEAL Eric ‘Viking’ Anderson has just come off a six-month deployment to find Rylie on his doorstep with news. He’s about to become a father, and she wants a promise in case something happens to her during the birth. Eric’s more than willing to give her his word, but he wants something in return. Another chance with the woman he loves. And this time they’re going to do things his way. No more hiding and no more secrets.But there’s one truth he can’t reveal to Rylie without further damaging her rocky relationship with her father. He suspects Black Jack knew about their affair and deployed Eric to end it. But now Rylie’s carrying his baby, the Admiral will play hell getting rid of him again. His missions: To put a wedding ring on Rylie’s finger, making their relationship permanent, and to be the best dad in the world for their baby boy.
If you're interested in the 11 releases for this year's Holiday Edition of SEALS In Paradise and all the other books already released here's a link you can go to check them out.
PARADISE AUTHORS

Thanks for stopping by my blog! Without you all I couldn't do what I do.
Happy St. Patrick's Day!! And May you all have Good LUCK the rest of the year.
Read on,
Teresa Reasor
Posted by Teresa Reasor at 11:21 PM