Building Family (Book 10 of the SEAL Team Heartbreakers) An excerpt

On May 7th I released my  26th book. And I'm now headed toward my 27th but that's another story I'll be sharing with you in a later post.  Building Family has been out exactly a month. And I'm so thrilled by my reader's responses.

Building Family is Book 10 of the SEAL Team Heartbreakers Series. It's a big book just shy of  91,000 words and has 2 romances, a wedding, and 3 different suspense angles going all at the same time. I'm so proud of the book.

Building Family goes back to the roots of the SEAL Team Heartbreakers series with the first couple I wrote about in Breaking Free.  Hawk and Zoe. They've matured, they've excelled in their professional lives and they're still deeply in love. But love isn't without conflict, sometimes, and Zoe's come to a decision that will impact their lives. She's made sacrifices being married to a SEAL. She's been a single parent for much of that time and now that Hawk is home more often, she wants to fulfill a dream.

Here's the blurb:
After nine years of marriage to a Navy SEAL Zoe Yazzie knows about sacrifice. Because of numerous periods of separation from her husband she’s put her dream of having another child on the back burner. But now her biological clock is ticking and she needs Hawk’s cooperation.

Lieutenant Commander Adam “Hawk” Yazzie is stunned when his wife springs the idea of having a baby on him. Their son will soon be ten and Hawk believes their baby days are over. He’s faced with a dilemma, if he says no and crushes Zoe’s dream, will it cause long term harm to their marriage?

When Zoe is injured in a terrible car accident, the decision is put on hold while they wait for her to wake up. Hawk is faced with the possibility that his wife might not survive. But when she finally opens her eyes, he’s dealt an unthinkable blow. Zoe doesn’t remember him or their life together. 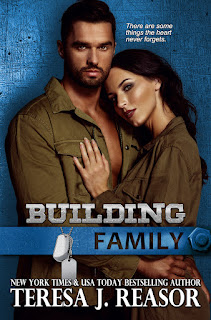 An Excerpt:
"Oh, God!” What’s happening? She stomped on the gas pedal, shot through the stop sign, and rushed to turn the corner.

She glanced up into the rearview mirror again, just in time to see the driver. A man in a baseball cap, dark hair sticking out from beneath the cap, his beard unkept. The truck raced forward again and rammed the rear of her car again. She fought the wheel to maintain control as the car fishtailed, her brakes screaming as she turned another corner.

A major intersection lay ahead, and she prayed the light would stay green. If she could whip through the light and it changed right after, the truck wouldn’t be able to make it. The light turned yellow, then red, and she slammed on her brakes as a line of cars surged forward from her right and left, and she was jerked against her seat belt.

The truck’s engine growled as he shot past the turn and turned up the street away from the busy intersection. Her breathing came in gasping breaths, her muscles shaking with reaction. She reached for her cell phone to call Hawk. What could he do? Her car had a flat, so he couldn’t come drive her home. The man who hit her was gone. All she had was a description of a man with curly hair and a beard in a baseball cap.

She’d call the police and report him and give them a description. But while she keyed in 9-1-1, the husky growl of a truck engine came from behind her again, and she looked up, barely in time to see it racing at her. He rammed in the rear of her car again. Her whole body felt the lash as the phone went flying to the floor.

His wheels continued to spin and scream as the truck pushed against the rear of the SUV and inched her forward. She prayed the light would change in time, even though the lines of traffic continued to whip past.

She pushed both feet against the brake pedal. The smell of burning rubber was almost choking as the truck continued to lunge forward, again shoving her out into the line of traffic. A green blur shot past and clipped the front of the SUV and spun it around. The front airbags deployed, and she was blinded by the white plastic and powder.

The blair of a loud horn jerked her head to the right. The huge grill of a truck bore down on her, growing larger by the second in the side window. A moment of déjà vu tore a squeak of fear from her, every muscle seizing, her hands grappled past the air bag to the steering wheel, instinctively bracing against the impact even as her foot floored the gas pedal to get clear.

The SUV leapt forward, and for a second she thought she might make it—

The impact was an explosion of sound as glass shattered, metal screamed, the side airbags deployed, and for a moment the SUV was airborne as it rolled high in the air on its nose, then twisted.

Her head struck something. A searing pain tore a cry from her. Blackness swallowed everything.

I hope you enjoyed the excerpt!

And if you want a look at all 26 of my other books, just follow this link, Teresa Reasor.

Posted by Teresa Reasor at 8:15 AM