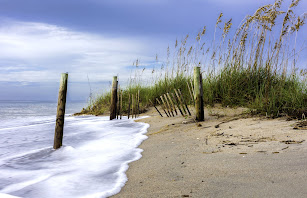 Hello readers.  I wish I was on the beach right now. Cold weather is just around the corner. We've already had some freezing temps here in Kentucky.

To take my mind off the end of summer, I have some really exciting news to share.  My wonderful cover artist Tracy Hacker has been a busy lady. Tracy has created new covers for the first 10 books in my SEAL Team Heartbreakers Series. She's come up with fantastic designs that tie the covers together wonderfully as a series.

I uploaded them all in the last few days, and now that they're all live, I thought I'd share them on my blog so you can admire them.

The changes Tracy made were:

1. She increased the size of my guys so they take center stage.

2. Changed the guy on Breaking Free's cover to match the one on my Building Family cover.

3: Changed the tones of the covers to more vibrant colors.

4. Changed the fonts on the covers so it really draws attention to my titles. (I think those fonts kick ass.) 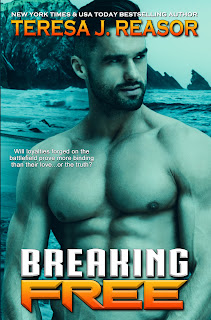 Can a love-shy physical therapist with a fragile self-esteem and a commitment wary Navy SEAL plagued by guilt, discover the man responsible for her brother's injuries? Or will loyalties forged on the battlefield prove more binding than the truth… or their love? 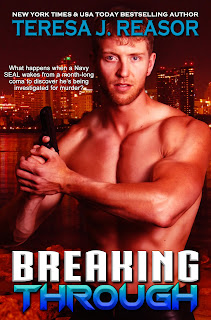 Ensign Brett Weaver wakes from a month-long coma to discover he’s being investigated for murder.

Reporter Tess Kelly smells a story and wants to get close to him. When he offers her information about SEAL training in exchange for an introduction to her father, she jumps at the chance. But the secret she discovers about Brett is just as newsworthy. Will her feelings for him prevent her from releasing a story that could destroy his SEAL career? 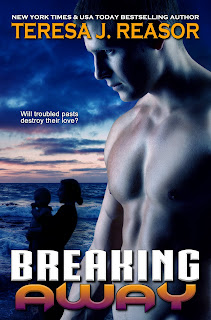 Navy SEAL Harold “Flash” Carney is neck-deep in a double-cross, cut off from his team, and on the run with only his training to keep him alive.

Samantha Cross is desperate to leave her past as a battered wife behind, but her ex-husband has turned stalker and is threatening to take her daughter.

Samantha and Flash can’t fight their attraction. Will their troubled pasts destroy their love? 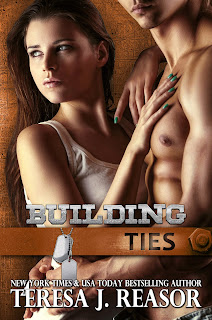 Navy SEAL Brett 'Cutter' Weaver is on a mission to Nicaragua when he learns his bride-to-be, Tess Kelly, has been injured in a car bombing. He rushes home on the next available transport and arrives to find Tess embroiled in three controversial stories. One may offer the key to her attacker. There’s a killer stalking her, and one interview at a time, they mean to catch him. 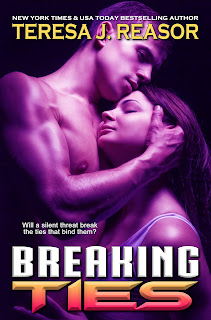 Navy SEAL Oliver Shaker is blindsided when he returns from a training rotation and learns that not only does his wife, Selena, have a life-threatening illness, but she’s also pregnant.

The emotional and physical toll stretches the ties that bind their marriage to the breaking point. But the way Selena faces her illness and the treatments she endures to survive proves to Oliver that valor and courage don't just live on the battlefield but in every person's heart.  He finds himself falling deeper in love with his wife than he's ever been. 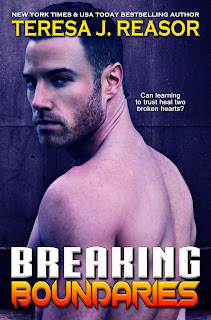 Corporal Callahan Crowes returns home from war missing part of a leg but pledges to live every moment to the fullest.

Reeling from her fiancé’s infidelity, Kathleen O’Connor accepts a job far away from the pity of friends and family and puts romance firmly behind her. But when Kathleen’s life is threatened and Cal stands firm beside her, she discovers there’s more to a man than two good legs—it’s the size of his heart that counts. 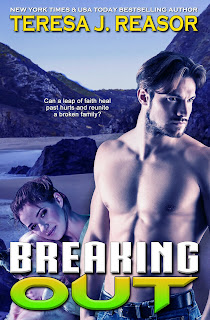 Navy SEAL Zach O’Connor was dumped while deployed on a high-risk mission and has sworn off of romance.

Violence and heartache have nearly shattered Dr. Piper Bertinelli’s life, and the last thing she needs is to be attracted to a military man scheduled to deploy. But when an overzealous policeman determined to prove Piper was responsible for her father's death, comes into their lives,  they must expose why Piper's father was killed to end his harassment. 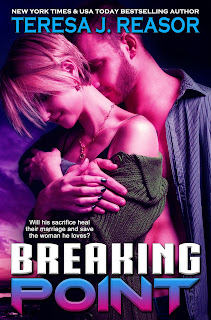 Trish Marks has hit her breaking point. Her social work caseload has doubled, her son is acting out, and her SEAL husband is never home. Something has to give. When she’s shot during a home visit, it does.

Navy SEAL Langley Marks knows there’s trouble in his marriage. When Trish is shot, he’s willing to sacrifice everything, including his career, to prove to her she's the most important thing in his life. 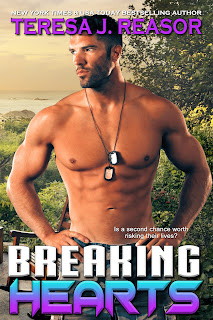 A chance meeting puts SEAL Bowie Rivera on a collision course with the woman who broke his heart ten years ago. Despite their rocky past, his feelings come rushing back.

Alayna Wieland lost Bowie once but she feels she has too much baggage for another chance.

Her ex-husband has embezzled millions from a criminal organization and has told them she has the key they need to find the money. Because of his betrayal, the second chance Bowie and she long for may put them all in harm's way. 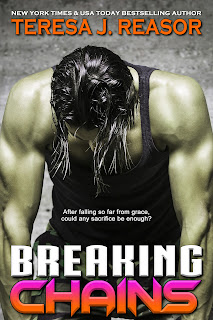 Ex-Navy SEAL Derrick Armstrong has a past he wants to keep secret.

Life has dealt Ella Bailey some hard blows and when Derrick steps between her and another one, she's both grateful and wary. But she's drawn to Derrick and sees something special in him.

Will Ella kick him to the curb when she learns he's an ex-con, or will she allow him to build a life with her and her son?

I'm adding my last two books to this blog so you can see the similarities in Building Ties and the two Building covers below.  And of course just to call attention to how great these are too. 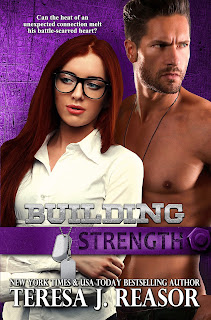 Amazon / B & N / Apple / Kobo / Smashwords
Sam Harding has a reputation for being a hard-ass at work and play. He has two unbendable rules: No strings. Keep it casual. But when he meets Moira at a charity dinner, he’s torn between the desire to take her to bed and the need to protect her. After a night of terrific sex, neither knows where things are going. But when Moira finds a dead body on the grounds of the hotel, Sam can't walk away. 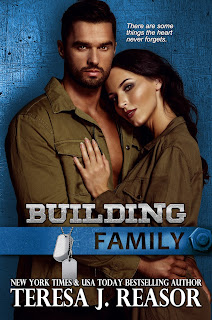 Lieutenant Commander Adam “Hawk” Yazzie is stunned when after ten years, his wife springs the idea of having another baby on him. He’s faced with a dilemma, if he says no and crushes Zoe’s dream, will it cause long-term harm to their marriage?

When Zoe is injured in a car accident the decision is put on hold. But when she wakes, he's dealt an unthinkable blow. Zoe doesn’t remember him.

Did you notice the dog tags on each one of the Building covers? Love that little detail.

I think these new covers are wonderful. What do you think?

Leave a comment and let me know.  I'd love to hear from you.

And as always, thanks so much for reading my blog and hanging out with me. 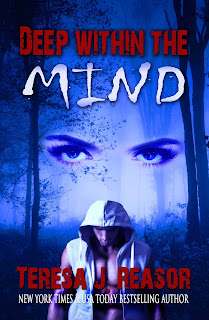 Hello Dear Readers!! I wanted to bring you up to speed on several things going on in my writing life. This year started out with a bumpy ride for family, but after two months of stressful things disrupting my schedule, everything smoothed out and I have just finished my third book in my paranormal Superstition Series  Deep Within The Mind .   It is  91,400 words of Romantic Suspense.  Release day will be May 24, 2022. The book is up for preorder. Amazon / Apple / B&N / Kobo / Smashwords Here's the blurb: Superstition, Kentucky harbors the largest supernatural population in the state. Mythical creatures and people with unusual abilities rub shoulders with average men and women in the small mountain town.  Vet Harper Montgomery has a secret. She’s a powerful psychic who hides behind her professional persona—until she has a vision of a child being abducted and rescues her.  When she starts experiencing more unusual visions and reports them, she captures a Superstition police d
Read more