I hope you had a wonderful, safe Thanksgiving! And I’m wishing you a fantastic Christmas! 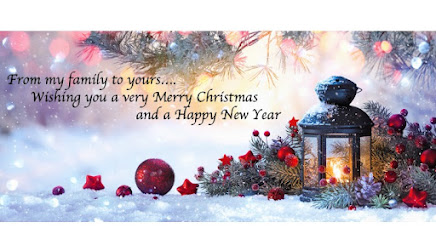 I’m working on a new paranormal in the Superstition Series right now.  Deep Within the Mind will be out probably in February.  I’ll send out a newsletter when it’s available for preorder, but I thought I’d share the cover and the blurb with you now. 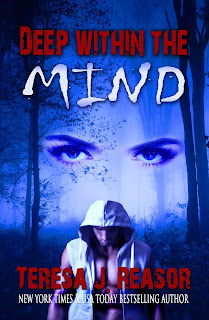 Blurb for Deep Within the Mind

Superstition Kentucky harbors the largest preternatural population in the state. Creatures of myth and people of unusual abilities rub shoulders with average men and women in the small mountain town.

Vet Harper Montgomery has a secret. She’s a powerful psychic who hides behind her professional persona until she receives a vision of a child being abducted. When she starts experiencing a series of unusual visions and reports them, she captures the Superstition police department’s interest.

Detective Miles Barrett is new to Superstition and unaware of the hidden part of the population he serves, until he meets Harper. He doesn’t believe in her ability, but he’s searching for a monster who’s already killed four women. With little evidence to go on, he’s willing to give her a chance.

But for the first time in her life, Harper is finding controlling her gift more difficult by the day, until she realizes she’s under attack by an evil too powerful to imagine.

Sometimes life just happens and it’s totally out of our control. That’s what happened to Parker Kincade and her recent SEALS In Paradise release.  A family emergency arose and she had to push back her release.

This works out to be very lucky for you readers because we have two fantastic new books in the SEALS In Paradise Series that are sharing a release date.

I love this cover. The guy on it just does it for me. And the story does too. I know you’ll love the book. 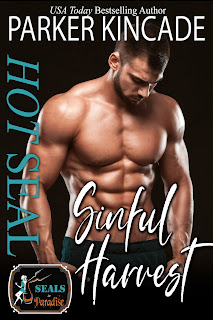 Cash “Inferno” Mancini is a take-charge, get-shit-done kind of guy. All he wants to do is help his family bring in the fall harvest, eat some holiday turkey, and then get his ass back to his SEAL team. If it weren’t for his unexpected roommate, he’d be halfway to done already. Cash had no doubt that Aspen Calloway was put on this earth just to annoy him. With her sweet smiles and cheery attitude. With her constant smiles and those pouty lips he’d like to…

Kris Michaels is a fantastic writer. I’ve waited all year to read this one. We do read each other’s books.

Kris’s book Hot SEAL, Silent Knight is a Hope City Crossover novel, but it still falls in with the rest of our SEALS In Paradise team. 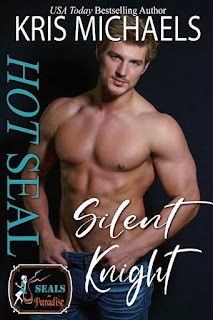 Author's note: To this Christmas story I've also sprinkled two handfuls of Guardians and a dash of an assassin in a Christmas sweater! Come find some old friends and maybe a glimpse into next year's first release in the Kings of Guardian Series!

Forced to take his 'Use or Lose' vacation days, Romeo Platoon Leader Ted (Bear) Black begrudgingly heads home to Hope City and all the nonsense surrounding Christmas. He'd rather stay in San Diego and spend his downtime working, especially when he's unexpectantly reunited with the woman who was the star of the worst date he'd ever experienced.

Noel Laurent is heading home for Christmas. Her life in San Diego is lacking one thing. Snow! Christmas is the absolute most magical time of the year, and she can't miss any of the wonderful traditions and events surrounding the season, even if she has to share her travels with the stoically silent Ted Black. Forced to spend time together, Noel is determined to infuse Christmas's magic and wonder into her travel partner, despite his grumpy disposition. After all, miracles still happen, especially at Christmas!

BIG ANNOUNCEMENT! THERE WILL BE NEW RELEASES IN THE SEAL IN PARADISE SERIES IN 2022

There are always two prerequisites to the books. One is they have to take place in a new location that the reader will find interesting. And the second is a theme.

The first releases in the SEALS In Paradise Series were in 2018 and they followed the theme of drinks. 2019 they were based on vacation locations. 2020 we chose wedding stories.  2021 we chose holidays.

2022 books will be based on…. Drum Roll….  two-word song titles. You can imagine how many song titles there were to choose from. And we had a lot of fun suggesting very racy titles. Like Free Ride and a few others that we all decided were out of bounds.

I had several song titles I debated using. Heat Wave, Let’s Dance, Young Lust, Crazy Love, Easy Lover, and the list goes on and on. I didn’t realize there were so many two-word song titles. I chose a song by Journey. I have a whole collection of Journey music. I’ll have to make a playlist to write by.

If you’ve ever listened to the song’s lyrics you’ll understand why.  Here’s a link if you want to go and listen to the song https://www.youtube.com/watch?v=Xz-XwCS4jcQ

I’m so excited about another year of SEALS In Paradise releases. I’m giving you a sneak peek of my cover and the blurb. It will be up for preorder soon. The book will release October 25, 2022. 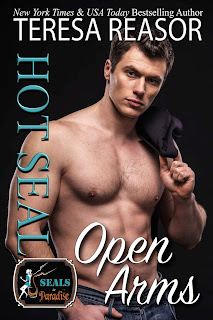 Navy SEAL Wyatt Taylor is facing the hardest decision of his life—what the hell to do now he can no longer be a SEAL. He has a bum arm and a bad attitude because, in his opinion, nothing he’ll ever do again will compare to his life as a SEAL. But with his savings dwindling and his team deploying without him, it’s time to move on.

Kinley Green is living her dream.  She’s worked for years with horses, training them, caring for them, and riding them. Now with a grant in hand, she’s finally able to put her horses and her expertise with disabled riders to use.

When Wyatt Taylor struts in with his killer smile asking for a job, she smells trouble… But he knows horses and has intimate knowledge of what disability is all about.  And she needs the help.

When trouble strikes, threatening her business, her horses, and her life… Will he prove to be the right man for the job?

I love sharing my news with you dear readers!!
You’ll be hearing from me after the new year about preorders and new releases for my books and the other SEALS In Paradise authors.
Please have a safe and happy Christmas.
Read on!
Teresa Reasor