Last night I was on Edin Road Radio and had a blast talking about my books. Jessee V. Coffee the wonderful woman who hosts the show is a friend and is really supportive of authors. This month is Kentucky Indie Writer Month on her show. I read the Prologue from Breaking Through my current about to be completed book. It will be released the end of August the first of September.

I had an absolute blast on Edin Road and will be back in November just to talk and possibly revisit Breaking Through since it will be out by then. Jessee let me talk like a house on fire, God Bless her. Bet she didn't count on me talking like that when I get nervous. I'm hoping next time I'll be a little more relaxed. 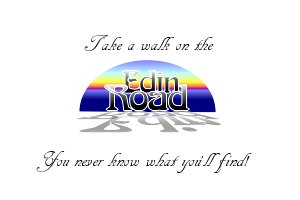 Below is a copy of the blog Edin Radio posted on their blog site.  Hope you enjoy it.

My Dad was my hero. He was a Marine for twelve years of my life and twenty-two years of his. He survived deployments in World War II, Korea, and Vietnam. He loved the Corps. And lived the Marine Corps slogan, Once a Marine always a Marine.

He died in 2001 of prostate cancer after a three-year battle. 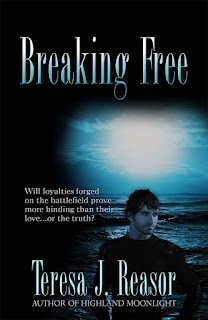 The first book of my SEAL Team Heartbreakers Series, Breaking Free, gave me an opportunity to work through a great many memories and feelings I had about his deployments (I was around for the ones in Korea and Vietnam.) Everything in the first book seems true to life because it is true to life. Some of the conversations in that book are similar to some my mom and I have had about our life in the military. Because if you think the man enlisted is the only one taking cover in a foxhole, he’s not. The family he’s left behind is right in there with him. 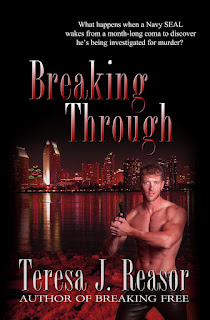 The Second book of the series Breaking Through has much more to do with what happens when a soldier comes home. PTSD, and the anger issues that go along with it, are just one heavy piece of the luggage men carry home after a long deployment. They all experience it. But that isn’t the only issue the book is about. It’s about Breaking Through those issues and returning to the life left behind when deployed. And where Breaking Free was Romantic Suspense with only one romance, this one has much more conflict because it has three romances and a suspense element going on all at the same time. It’s been a challenge to write, but it’s also been a joy.

And if you’re wondering if my father suffered from PTSD when he came home from that last deployment, I have to say yes. Back then they didn’t have a name for it. But when he left for Vietnam he weighted a hundred and seventy-five pounds, when he returned he weighed one-thirty. He was of a generation that didn’t admit or talk about what they had left behind in battle. But the memories were there on his face and the survivor’s guilt lay trapped in his heart.  He’d seen so many young men dropped in the jungle with a riffle and a pack and knew more than a few wouldn’t survive.  And he thought there should have been something he could have done about that.

After my father came home from Vietnam, he retired from the Marine Corps and went on to earn a degree in Architectural Drafting from the University of Kentucky.
He worked another twenty-five years before retiring the second time. But he never stopped being a Marine. He may not have worn the uniform, but it was in the way he stood and walk, in the code he followed, Semper Fi, and in the way he respected the service of his fellow soldiers.

I hope I’ve captured some of that in my book. It will be up to the reader to decide.